THE DEATH OF AERON

On the edge of the galaxy, criminal syndicates, businessmen, the downtrodden, rogue government agents, bounty hunters, deformed genetic experiments and even those just trying to do what's right will race to tip the balance of power in their favor by finding Aeron, the mythic, refuge planet of the Moorvats, a race of genetically-modified super-soldiers.

Who wants it? Who will find it first? And who will ultimately win, beguile, or force their allegiance?

Vass sat at a dirty table in a sorry drinking hole on a backwater world that time and the Feds had forgotten. Her clothes and hair were dirty and gray like the dust that kicked up any time someone walked by. She was a newcomer to town, and like most of the residents, hadn't bathed since she’d arrived. Her long stringy hair fell around her face in a way that was almost seductive for an older woman in a poor mining town. She’d drunk more than one miner under the table before she sat down to play cards.

Vass held her cards close and looked over them, at the man on her right who wore a beat up top hat and a dirty vest without a shirt. Across the table sat a scruffy man with long, shaggy hair and a wardrobe of brown, gray, and dull. The man on her left had a shaved head, a striped shirt, suspenders, and hands stained with anti-grav vehicle lubricant.

Vass threw her cards down with one hand. With the other she pulled a hunting knife out of a hidden pocket and stabbed it straight into the hand of the mechanic on her left.

“You cheated,” she shouted to Scruffy across from her.

“Why'd you stab him then?” Top hat asked, pointing at Suspenders.

“Him? He's a Moorvat,” she said. The stabbed hand reached an unnatural dark red and that red was flowing across the man's skin and up his arm.

Suspenders smiled waiting for the change.

"But he's only a halfbreed, or my knife woulda just bounced off," Vass said.

Keeping her eyes on Scruffy, Vass pulled the knife out of the Moorvat's hand and flipped it up to point just above the Moorvat's Adam's apple, at a patch of skin that was slightly paler than the rest. A worried look crossed the Moorvat's face. Top hat and Scruffy fled the table.

"Yep," she said, "I know about your weak spot. Fifty years of military bio-engineering, but you’ve still got a kill switch. "

The Moorvat's hand had already healed. "I'm looking for beta colony," she said, and pushed the knife up so that it pressed against the pale section of skin. "Tell me its location, and I'll let you live."

The Moorvat began to laugh even as Vass pressed the knife closer. "If I tell you, they’ll kill me."

The Moorvat’s muscles flexed as he prepared to escape her grip, but Vass was too fast. She pushed the knife up into the pale spot, breaking the skin. Blood dripped down the knife’s handle.

Vass turned just in time to see a bright red bundle of anger flying at her.

The female Moorvat carried a large club and brought it to bear on the table, smashing it in half. The end of the table near Vass flew up, knocking the knife away from the Moorvat's neck. Vass fell backward. The Moorvats converged on her, smiling horribly. The female Moorvat raised her club. "See you in Aeron," the male said as he cocked his head to the side in a Moorvat gesture of farewell before the killing stroke.

Zipp. Flipt. The Moorvat put his fingers to his neck. He pulled away a thin dart from the pale patch under his chin. In a moment he collapsed. A second dart flew at the female. She brought her club up and the dart stuck fast in its gnarled wooden side.

The female swept the club to the side, to prepare against more attackers, but as she did the dart exploded, knocking her to the ground.

While the female was down, Vass slapped a metal plate on her and jumped back. Thin bands of metal extended from the plate in six directions wrapping tightly around the female. Before she could react, the plate pulled up as if connected to an invisible string. She flew up and crashed through the ceiling.

Vass slapped a second plate on the male Moorvat. It wrapped him and pulled him through the ceiling in the same way. Quiet hung over the bar. The front door squeaked shut. A dark figure strode toward the wreckage, his dart gun now at his side. His hat cocked forward over a shadowed face. A cigar clenched between his lips.

He, Caliban Slade, looked at Vass, then at the holes in the roof, then at the proprietor. He nodded and tossed him a million-credit stick, ten times what the entire bar was worth. "Apologies for the mess."

Then he walked slowly out with Vass following in his footsteps.

"You get anything?" Caliban asked as they stopped at their anti-grav bikes.

"More dead ends. The mark said it was in the Aeron system, wherever the sweet baloozza that is."

"Aeron's not a star system," Caliban said. "It's a category database for planets deemed uninhabitable."

"We been looking in the wrong place?"

"Seems like. They hid it in plain sight, just marked it as ‘hell.’"

“You think the Moorvats did it?”

“They ain't dumb, but more brawn than brains. This’d take more than cracking a few heads. Must’ve been done while the military paid the bills. Possibly as far back as the first Ftharan War.”

“There’s thousands of uninhabitable planets for every inhabitable one.”

“Yeah, but not a lot where water’s wet. Plus, we’ve got prisoners. Assuming Grem caught ‘em before they left the atmosphere.”

“Better hope we find it before the Moorvats come after us.”

“Whichever way it comes, at least it’ll be over.” Caliban threw his cigar butt to the ground and stamped it out. He looked up at the stars as Vass revved her bike and set off for the rendezvous with their ship.

“I’m coming for you,” he said to the stars. “Strap on your guns and slick up your brawny red hide. You're gonna be mine.”

Inmates poured out of the giant hole into the forsaken landscape of the barren planet. They’d be dead within seven days without food or water, but even death seemed better than continued service in the gulag. Colonel Kilmer and two of his men, each armed with a sniper rifle, stood a safe distance away.

Each inmate they hit vanished.

After the second or third inmate disappeared, the rest stampeded.

The man aiming for Fishmonger fired.

The man fired again and this time Fishmonger disappeared. “Sorry, sir,” the corporal said. “The other guy moved in the way as I fired.”

“Sir,” the other man said, “these inmates are just going to die.”

Kilmer smiled. “Sure, sergeant. Have fun. Switch to bullets.” Kilmer touched a few buttons on his tablet and disappeared the same way the inmates had. The sergeant and the corporal smiled at one another, then reloaded their weapons and fired.

Kilmer stopped in the center and tapped a few buttons on his tablet. Electricity coursed through all six former inmates. After the screams died down, Kilmer spoke. “Welcome. You are now all employees of the Colonial Federation.”

In unison, five of the six former inmates spat. Though most tried to spit on Kilmer, none succeeded.

“I thought you might feel that way.” He dialed up the voltage and zapped them all again. “I’ve just used the two lowest settings. Want to see what settings three through seventy-four feel like?”

A burly man a half-foot taller than everyone else and three times as strong, shouted, “Take me straight to a hundred and seven!”

Kilmer turned to him. “Oh, Mr. Wisk, you may have dulled your sense of pain through steroids and other modifications, but you’ll be glad to know we’ve found a way around that.” He hit a button and Wisk alone howled with pain.

The former inmates breathed heavily and pulled on their restraints to no effect.

“Ok,” Kilmer continued. “Now that you all have a reason to listen to me, let's discuss a few more ground rules. Number one: I don’t have to hit this button—if any of you tries to attack me or any of my soldiers, the restraints are programmed to shock you. Fight through the pain, you think? Well, each time you do it, it’ll get worse. Eventually it’ll kill you, or leave you brain-dead—the techs were a little unclear on the outcome. Either way, you’ll be useless to me and I’ll jettison you into space.

“Now, I recruited each of you for a special talent you possess. Mr. Wisk here is as dumb as an ox, but as strong as ten of them.”

“Clearly,” Kilmer said. He gestured to the next former inmate, a slender man with wispy, thin hair, and skin mottled with scar tissue. He had no eyebrows. “Mr. Filigree here is a pyromaniac, calls himself ‘Pyrite.’ He’s an explosives expert and a generally annoying individual. He also possesses pyrokinesis. Bought, I’m certain, through the most legal means. Those bags on his hands are lined with asbestos.” Kilmer faced him and said, “I hope you don’t want to have kids, for so many reasons.

“Ms. Samantha Gerard will be your commander in the field.” Kilmer motioned toward a dark-skinned girl in her late teens. Her hair was cut close to the scalp. She had a dangly earring in her left ear and the kind of fierce glare that could make a grown man wet himself. “An expert in logistics and engineering, she’s already performed more bank robberies in her teens than all the rest of you put together.”

“—is our disguise and infiltration expert,” Kilmer continued, unperturbed. “I wouldn't believe she was a woman if I hadn’t seen the scans myself.”

“Scans can be faked,” Masq said. She was currently a light-skinned blonde woman, who seemed like she could wrap any man around her finger.

“And Anthony Fishmonger, half-man, half-machine. He’s replaced half his organs with cybernetic versions. Former biotech professor on Ashkelon, if the rumors are to be believed.”

“They’re not,” said Fishmonger. Most of his modifications were internal, except for his left eye which had been replaced by a disconcerting camera and an orange light.

The guy who’d been quiet the whole time coughed. All eyes turned to him and his wan smile. He was scruffy, thin, tall, and looked out of place, like an accountant in a biker bar.

“Yes, who are you?” Kilmer repeated the question.

Kilmer turned to the bodyguard next to him. “Kill this nobody.” The bodyguard lifted his weapon.

“Wait, okay, that was a terrible lie. I shouldn’t lie to guys with guns. My name is Hero.”

“‘Hero?’” Masq asked with derision. “No wonder you said ‘Kringle.’”

“What are you in for?” Fishmonger asked.

“Saving the day?” Pyrite added with a cackle.

“What landed you in the max system? You a Moorvat or something?”

Kilmer, who was still fiddling with his tablet, stopped laughing. He turned to the man next to him. “Double his restraints. I want him on camera every second.”

Kilmer and his men rushed out of the room.

“The soldiers, you idiot,” said Gerard.

“So you, like, turn red and get laser-proof when you’re angry?”

“Not exactly. Anger’s often a trigger, but—”

Everyone laughed except Cy. “Yeah,” he said.

The night continued in much the same vein. Eventually Kilmer killed the lights in the room, and they all took that as their cue to sleep. 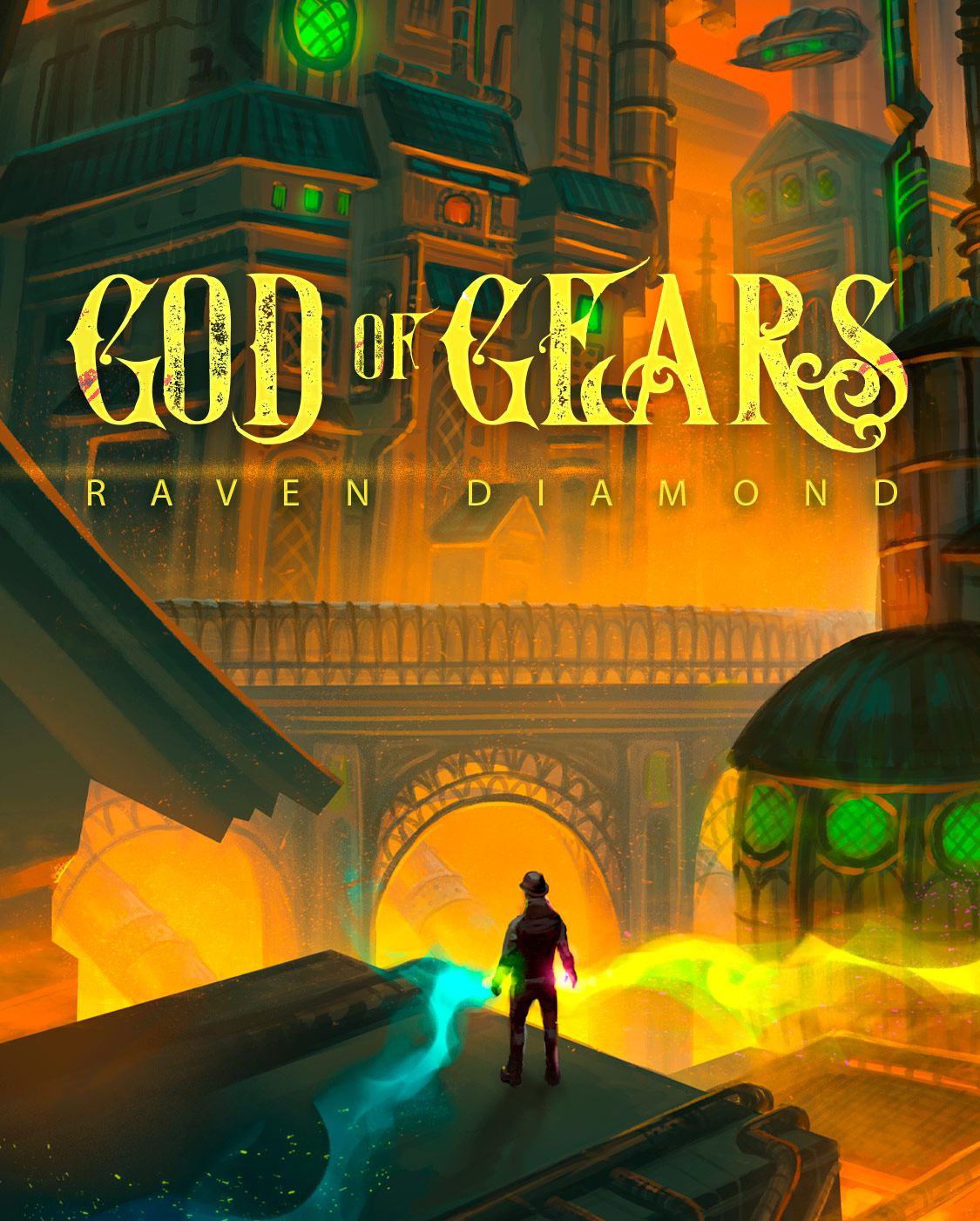 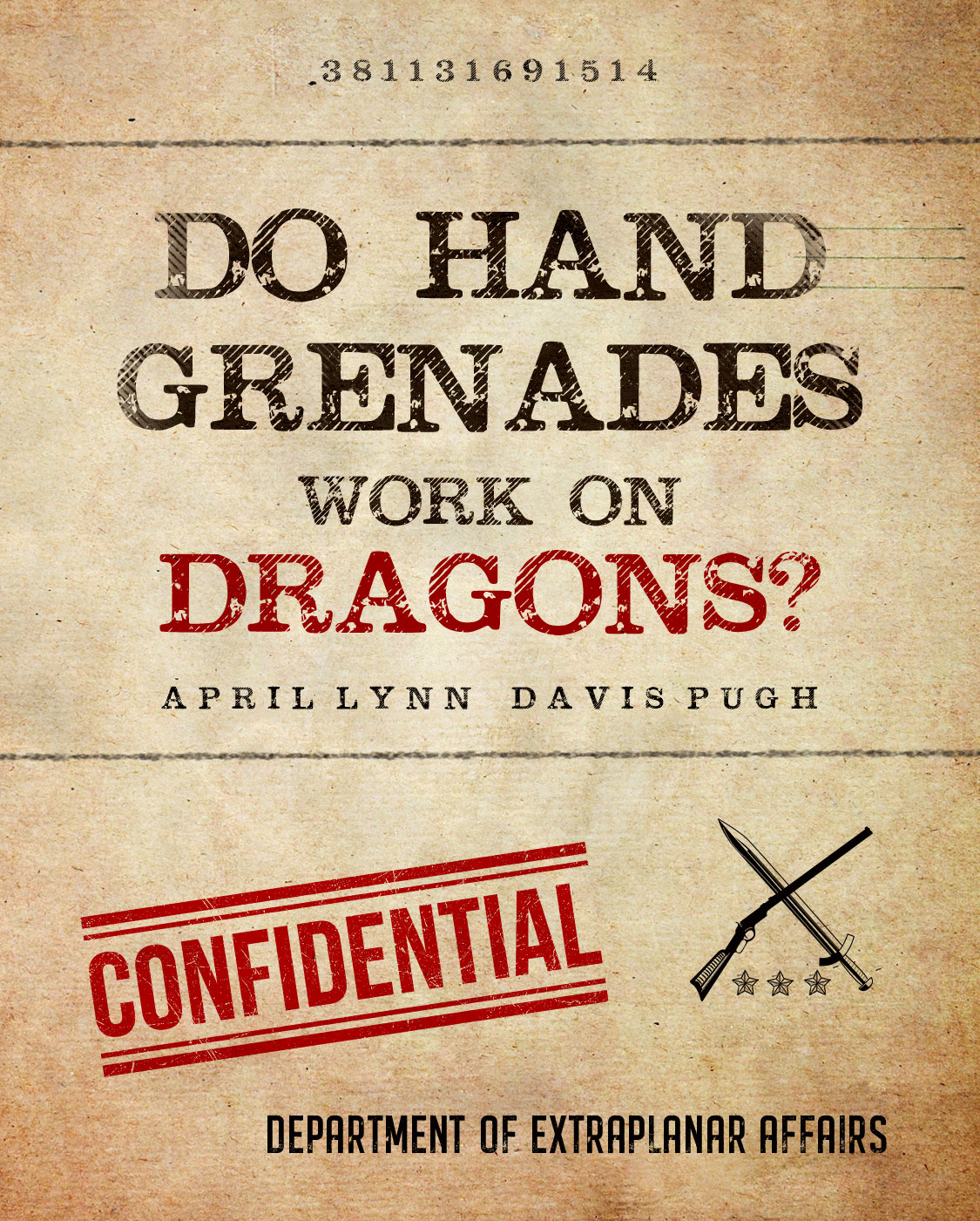